Carmen Torres at University of Jaén (Department Psychology) is accepting applications to host a prospective postdoctoral candidate as long as funding is obtained from the European Commission through the Marie Sklodowska-Curie individual fellowships for 2018. This fellowship is open to citizens from any nation. A PhD degree and expertise in the behavioral neuroscience of learning and addiction is desirable. The main research topic will be frustration, self-medication, and drug intake in animal models of reward loss (https://eshorizonte2020.es/expressions-of-interests/carmen-torres-bares).

The Guide for applications is available on-line: https://ec.europa.eu/research/mariecurieactions 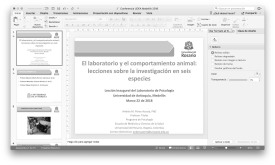 The International Society for Comparative Psychology is a scholarly society which has developed a reputation for holding successful, productive, fun, and intimate meetings over the last decades.

This meeting is being organized by Professor Aaron Blaisdell on behalf of the Society. We have set the dates at the end of October so that it will be closely followed by the Society for Neuroscience meeting in San Diego which starts on November 2nd, 2018. San Diego is only a 2.5-hours drive (or short commuter flight) south of Los Angeles, and thus both conferences should be accessible, especially for international travelers. We invite researchers from around the world to attend the ISCP meeting in October to share and discuss their research in animal behavior, associative learning, cognition, behavioral neuroscience, and psychopharmacology, biological psychology, evolutionary psychology, comparative psychology, and their applications.

END_OF_DOCUMENT_TOKEN_TO_BE_REPLACED 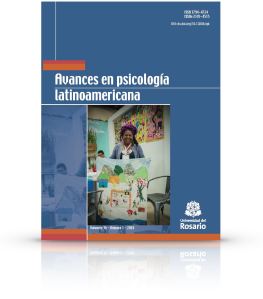 END_OF_DOCUMENT_TOKEN_TO_BE_REPLACED

Why is important to be a member of SIP?
Discover the importance of becoming a member of the Interamerican Society of Psychology, SIP, and the benefits you get from being part of this organization with representation, mainly, in North America, Central America, South America and the Caribbean, as well as around the world. Click on the video to find out other reasons.